Sockeye – Unruley King and I 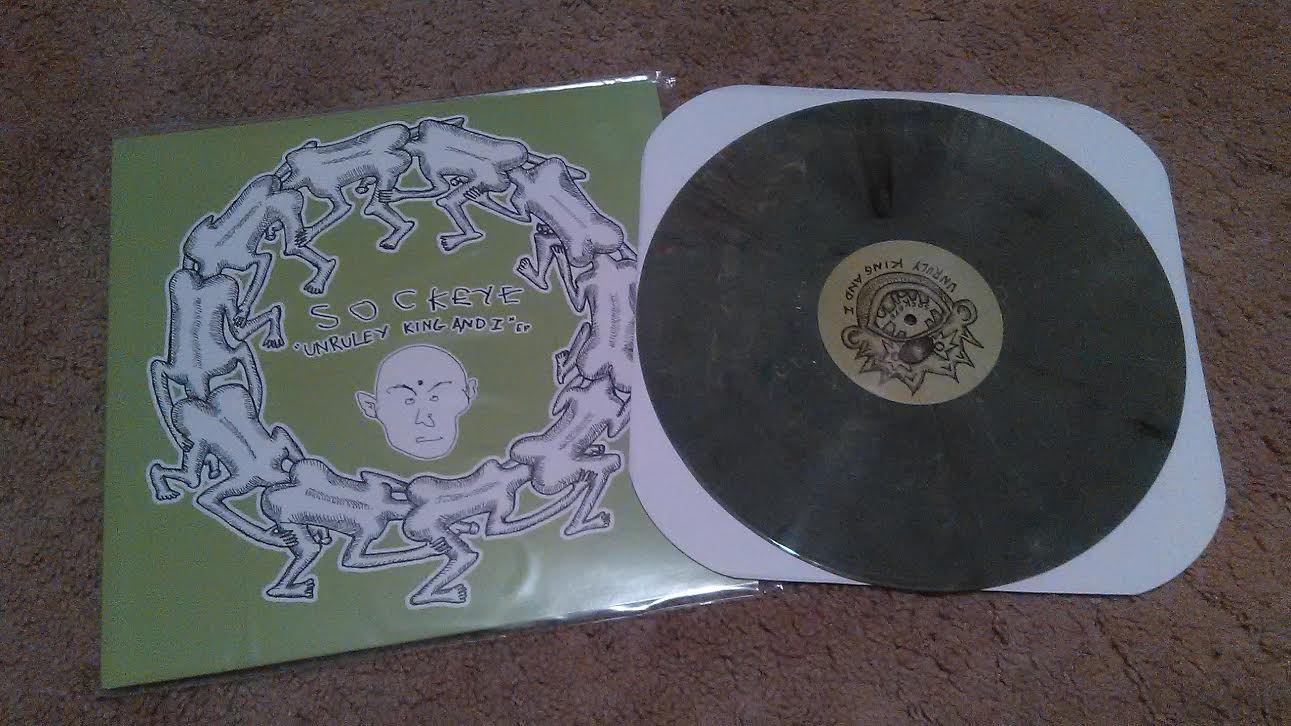 Sockeye – Unruley King and I

In 1994, there was a lot of stuff that blatantly embraced the retarded. Retards were brought front and center in the cinemascape with Forrest Gump and Dumb and Dumber. Jerky Boys 2 was up for a grammy and GWAR had their very short stint with the majors. Wanton stupidity was becoming embraced by the mainstream.

But insensitive retardation didn’t pop up overnight. Throughout the ’80s, a handful of bands were the vanguard of stupid nose-picking humor, and Sockeye was drooling at the front lines. With songs like “Fuck Your Cat” and “Wheelchair Full of Old Men”, Sockeye’s early lo-fi tapes are as weird and wild as noise-punk get. If “Destroy everything while a bunch of retards fuck your mom/Then beat your dad to death with a pillowcase full of squirrels” doesn’t sound like a good time, then you probably listen to Mariah Carey and have no soul.

Among all of ’94’s big-budget retarded glamour, Sockeye released Retards Hiss Past My Window, tardcore’s White Album, Dark Side of the Moon, and Led Zepplin IV all rolled into one. Comprised of re-recordings of Sockeye old classics alongside some new tracks, Retards displays the band at their peak. The refined yet slimy studio sound and stellar performances really brings out Sockeye’s insanity, making the album a seriously unheralded classic.

So twenty-two years later, My Mind’s Eye has just released the Unruley King and I, a vinyl-exclusive collection of demos recorded prior to Retards remastered from the original four-track tapes. It comes in random colors. My copy’s baby poo green with some brown and black stains for good measure. 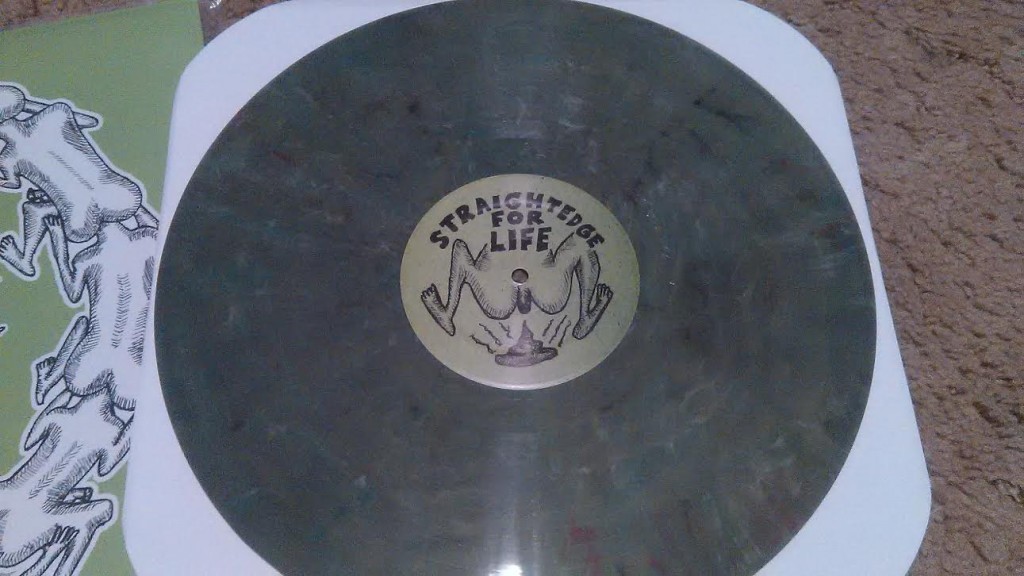 This collection is an instant must-have for any Sockeye aficionado. The remaster job is pretty great, with everything sounding crisp and clear. These are probably the best performances of “Destroy Everything” and “Freaky Friday Tits” you’ll ever find, the former featuring some great noisecore breaks mid-song and the latter absolutely ripping through the track. While versions of “Retarded Boy Rendevous” and “Your Muff Has Tusks” might not be better than their studio counterparts, they certainly are different enough to warrant attention. Most of the other tracks are good runs of the songs you know and love, but a few different tracks sneak in. Both “We Are Circumcized” and “Two Babies Fucking” can be found on other releases, but they definitely sound better here.

It’s appropriate that they broke up right after recording these demos and Retards: with Beavis & Butthead and Dennis Leary rearing their heads, offensive humor was quickly becoming the status quo. How can you be noise-punk rebels when everybody’s making dead baby jokes? I’m glad these demos were sat on until now, a time where political-correction has returned in a big way. Unruley King and I reminds me that while culture is constantly changing, there will always be anti-everything vagabonds willing to fantasize about Ulysses S. Grant appearing on their pizza.

NO SURPRISE: THE WINSTONS PRODUCE PROGRESSIVE PSYCHEDELIC ROCK FROM ITALY DOES MARA SIMPSON SIDE WITH GOOD?