Brotherhood – Turn The Gold To Chrome 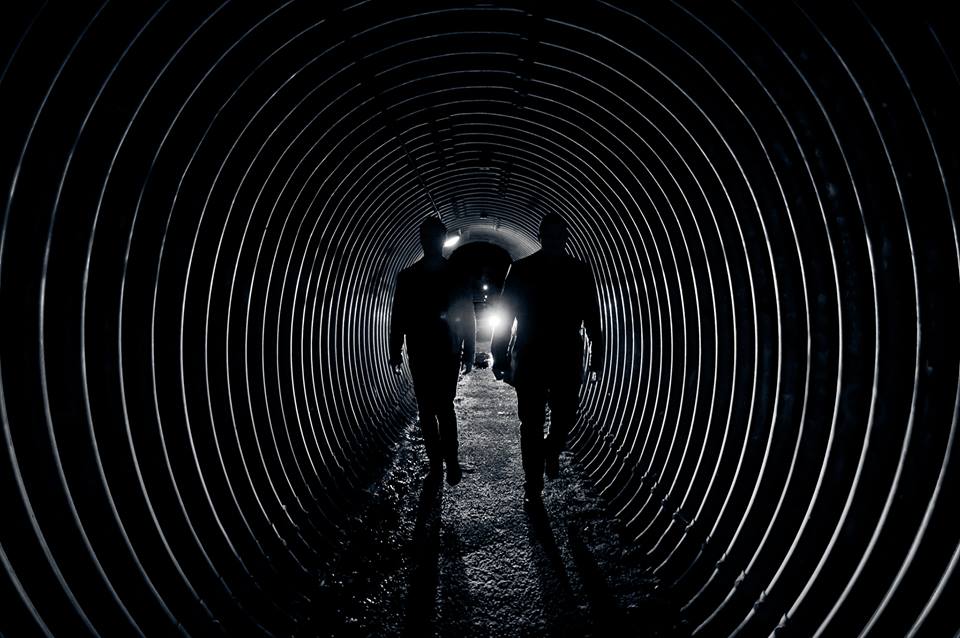 Brotherhood – Turn The Gold To Chrome

Few things can match the first time I heard Cleopatra Record’s Goth Box back in ’97. It opened my little ten year old eyes to a genre plagued with misconception. I figured popular metal junk like Type O Negative was the be-all-end-all, but the compilation featured bands from Bauhaus to Beat Mistress. It helped me develop a taste for goth music that’s only grown over time, a respect that makes an album like Turn The Gold To Chrome so appealing.

In many ways, Brotherhood is a saucy love letter to those ’80s and ’90s goth bands. They combine all the elements that made the Sisters of Mercy so wonderful: pounding beats, brooding vocals, and those catchy single-note guitars melodies. The strange thing is that retro-memorandum bands don’t normally top their influences, which Brotherhood often does.

“End of Time” is a driving opener, but you won’t realize you’re onto something great until track two, “Abigail”. “Sha-na-na-na-na/That’s what she said/Sha-na-na-na-na/As she walked away” is the kind of catchy melancholy that’ll be branded in my mind for weeks to come. Later, “Lost” mixes rolling acoustic strumming and shimmering synths to perfection. “So Many Stars” elevates the typically tepid slow burner style to great heights with a gorgeously droning male/female chorus.

Things get decidedly more poppier sounding during the second half, with sections of “Sleepwalking” and “Over and Over” introducing elements that remind you more of Depeche Mode than Death Ride 69. “Question and Answer” takes this to the absolute extreme, dominated by a bouncier beat and bubblegum guitar/synth riff. The change keeps things from getting stale, showing more songwriting range from the group and giving listeners more to chew on.

Basically, Brotherhood is any goth fan’s second honeymoon: it recalls everything that made you fall in love with the genre in the first place, reviving an old paradigm with careful songcraft. So yeah, I’ll take a Turn The Gold To Chrome over a Vision Thing any day.