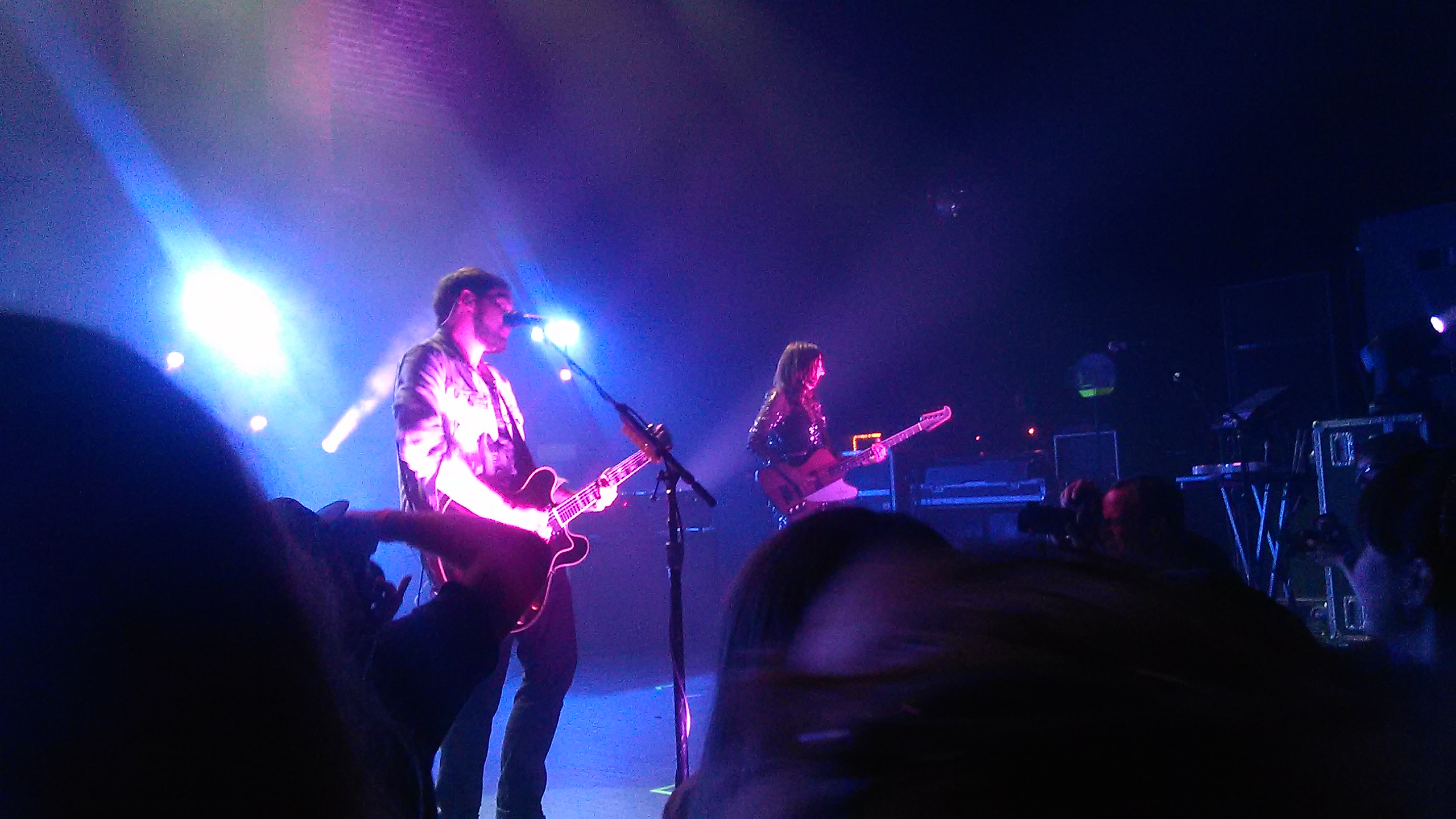 Alternative radio stations are the last bastion for ’90s rock lovers, but I simply can’t stand them. Detroit’s “Rock Alternative”, 89X, plays everything they did when I was growing up between ’93 and ’03 and nothing else. It’s a parallel universe where people still enjoy Staind, Hoobastank, and Papa Roach. Anyone who lives there are normally infantile Gen-X wannabes, as the actual Gen-Xers have moved on to worrying about their 401K and junk.

So I’m caught in the middle of all this at 89X’s annual birthday bash, a place where socially stagnated weirdos congregated to eat ONION RINGS and watch their favorite lesser superstars. The announcers kept talking about how the evening’s performers have been on the radio, but I don’t believe them. All I ever hear is “Spoonman” and “Freak on a Leash”.

Joywave were the most insufferable trash ever. They had this giant banner that joked how the audience should be sad they weren’t headlining. Too bad they just fucking suck, although I’ve seen them dancing around on the music video station at Planet Fitness. Bland pop/hip-hop is the name of the game, and the lead singer’s a fucking idiot. Fail to see how this is any alternative to mainstream radio. There were plenty of normies who knew all the words. This honestly was my least favorite concert experience of all time.

The second act, Foals, looked like they could deliver the goods, but then they only played Led Zepplin-y riffs with non-melodic screams or dull dance-rock straight out of ’06. Actually, they only did the idiot Zepplin with screams part twice, so most of it sounded like a tuneless version of the Killers. The singer came down and crowd surfed twice, which was a nice Everyman gesture the audience really appreciated. My girlfriend says he’s an Iggy Pop rip-off for it, and I don’t doubt her. Being English, the singer also said “cheers” one time and all the girls around me talked about it for twenty minutes like it was an invitation to suck his dick.

The Silversun Pickups is a really odd duck, mixing radio-ready guitar walls with synth-pop elements. In the studio, they always comes off as super polished bordering phony; live, they’re a rock-‘n’-roll steamroller that you wouldn’t mind being crushed by. The synths pop, the vocals are way more energetic, the drummer’s going friggin’ nuts, and the guitars provide a thick wall of distortion.

My girlfriend’s really into their newest album, Better Nature, and they played almost everything off it. It’s pretty radio-ready, less indie rock and more ’80s retro, although the loud ass live presentation probably wouldn’t bode well with the arena crowd used to hearing Miley Cyrus lip-sync over the studio tracks. Too many signs of life here. Silversun live marks a crucial point in my life where I realize that their songs are at least sort of okay.

I was glad to be away from the annoying crowd. One dude tried to push his way in front of me right before the encore, putting his hand on my chest and leaving it their for twenty seconds like I was supposed to give a shit. Then he took it off and held his hand in front of my chest for another minute and a half. Drunk Gen-X wannabes ruin everything.