There’s so much in life that feel’s dishonest and manufactured. After going to your nearest big chain supermarket and stuffing a cart full of processed foods, you’ll stand in line with tons of folks buried in their cellphones who could give two shits about if you live or die. The drive home is blocked by tons of cars, giant metal objects that make you forget there’s a person inside there. The roads are lined with giant billboards, selling you big smiling faces that guarantee absolute joy and love in a bottle of Coca-Cola.

Phonies and con-bands aren’t solely relegated to the mainstream. Many underground metal, punk, and hip-hop do the exact same thing, boasting how hard, evil, political, or criminal they truly are. No matter how many times you hear these messages, it’s easy to see which ones are total fabrications.

Sometimes though, you’ll hear musicians bare themselves to you. It’s a visceral experience, and while it might not always be pleasant, sometimes there’s nothing more real than a band bleeding through their guitars.

Baroness’s Purple does just that on every level. The music is a concise attack, with barreling riffs and a pounding rhythm section. It’s a much more aggressive stance than their previous few albums, taking as much influence from the noise-punk of Fugazi as it does the band’s sludge forefathers. Lyrical content is now much more human. It often breaks corporeality in strange ways that are simultaneously foreign and instantly relatable, with rib cages, bones, and eyes being manipulated by troubling forces. There’s a general sense that all words contained within are spoken from experience, a thought that many have already discussed at length in light of the band’s nearly fatal bus crash back in 2012. Purple is direct, immediate, and incredibly sincere, traits that are sorely lacking in our culture.

So when I heard the band was touring for the album, I was pretty excited. I love Purple, and while my girlfriend and I at first were questioning whether or not we’d bother going after a busy past few weeks, Ay-hole convinced me to go. Significant others in tow, we drove the hour and a half to see Baroness at the Machine Shop in Flint.

Flint’s supposed to be Michigan’s worst city, but the venue is only a couple blocks into the city. It’s a pretty suburban location, although the Machine Shop tries really hard to identify with the biker and metal crowd. Hogs were hung up on the ceiling and a projector screen played metal music videos from the past two decades non-stop until the concert began. 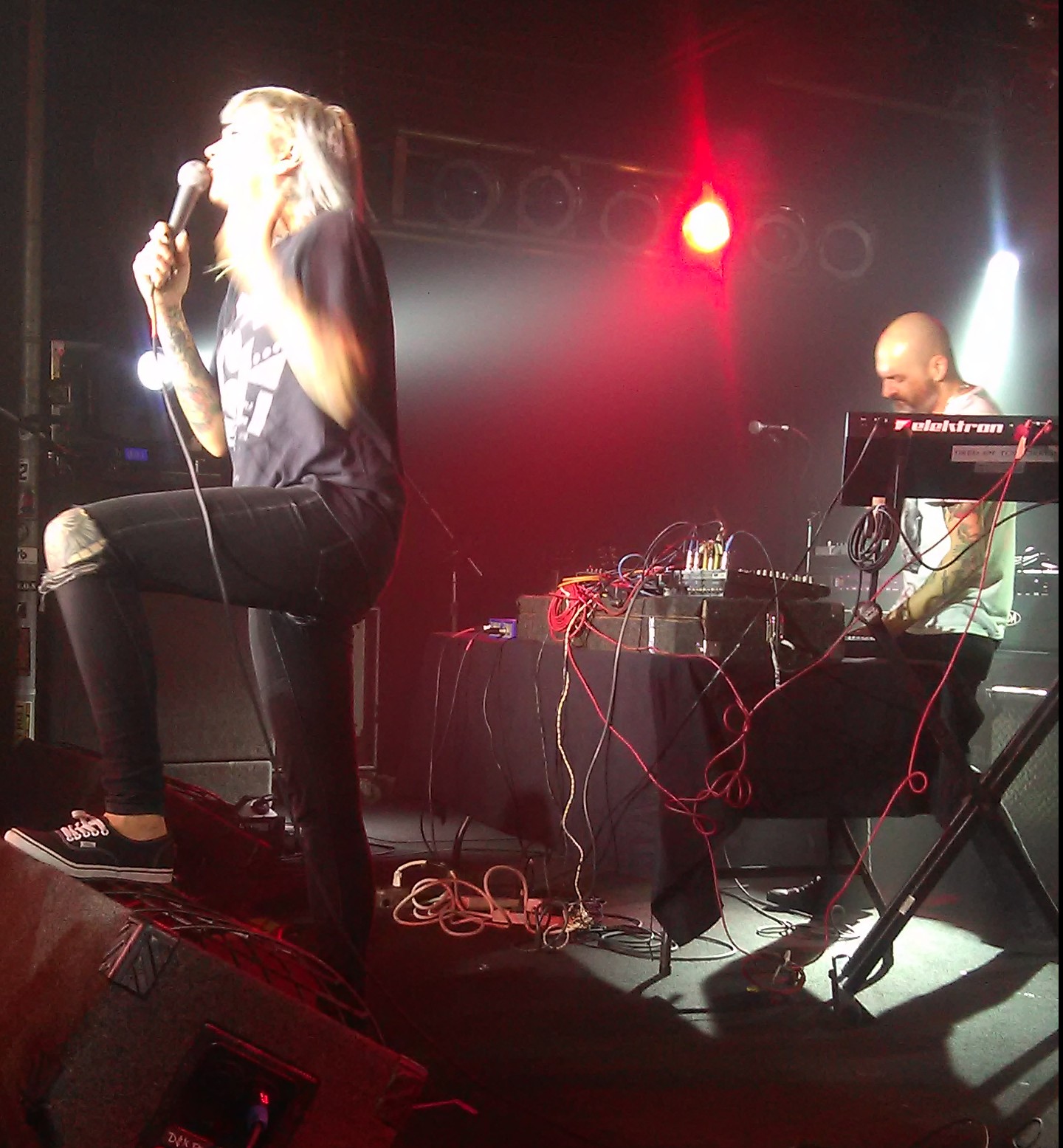 After a short wait, Youth Code took the stage. If you like Skinny Puppy, you’ll think Youth Code is okay. They’re a pretty conventional industrial band, a surprising choice to open for Baroness. I figure since the band’s now running their own label, Abraxan Hymns, they probably felt like going with something less predictable. If former label Relapse Records booked it, there’d have been a crappy metalcore, which is decidedly worse than a Skinny Puppy clone.

The performance would have been cooler, but the singer/screamer lady kept spitting all over the place. Eventually, the sequencer/screamer dude joined in, and everyone was pretty grossed out. Also, the front woman kept telling people to shut the fuck up if they yelled for Baroness during her rambling between-song banter. Michigan people are too chill for that crap. Their set was pretty short, and only about twenty minutes later Baroness took the stage.

When the opening notes of “Kerosene” started spewing out of John Baizley’s guitar, the entire audience went nuts. Half the crowd were screaming the words along, including myself. The pit was going, and the head-banging began. I was not expecting the audience to go so nuts, especially for a track off Baroness’s newest album. People normally like to hear their old favorites, but in this bar, every song was a favorite. The energy did not let up through “March to the Sea” or “Morningstar”. We were all part of a big community, united by our appreciation for a single band. 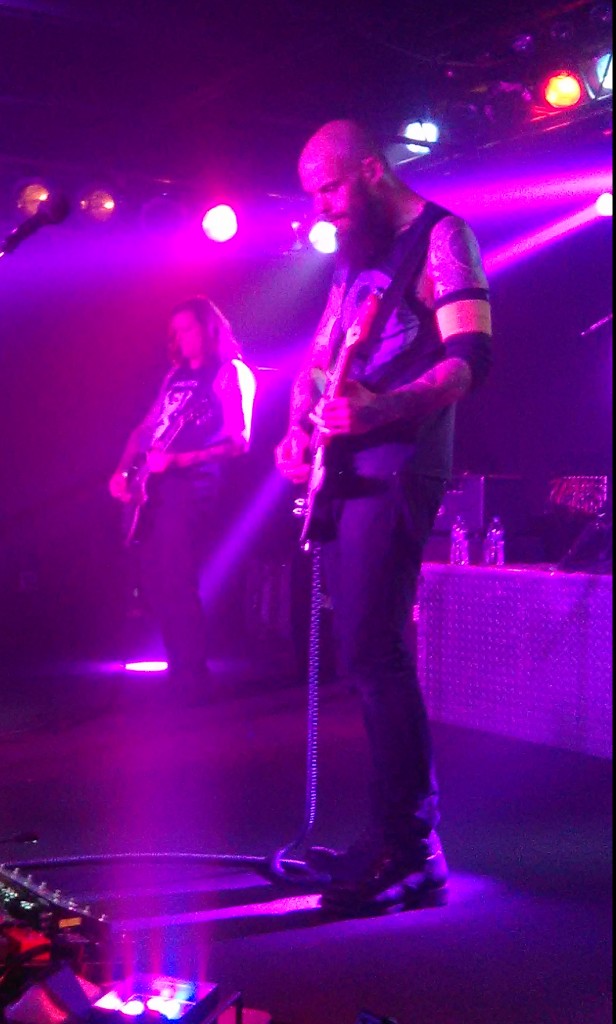 Things slowed down for “Board Up the House” and “Green Theme”, but the crowd quickly bounced back for “The Iron Bell” and “If I Have to Wake Up”. The latter in particular is absolutely phenomenal live, turning Purple’s slowest song into a massive burning power ballad with blaring bass and pounding drums.

“Fugue” and the danceable “Little Things” were great, but “Chlorine & Wine” was definitely the show’s climax. The band couldn’t help but smile when the entire audience joined in for the line “I’ve never felt so uncomfortably numb”. The crowd was deafening, overpowering the amps for a few short moments. It’s amazing that an audience could believe in a single referential lyric so much. 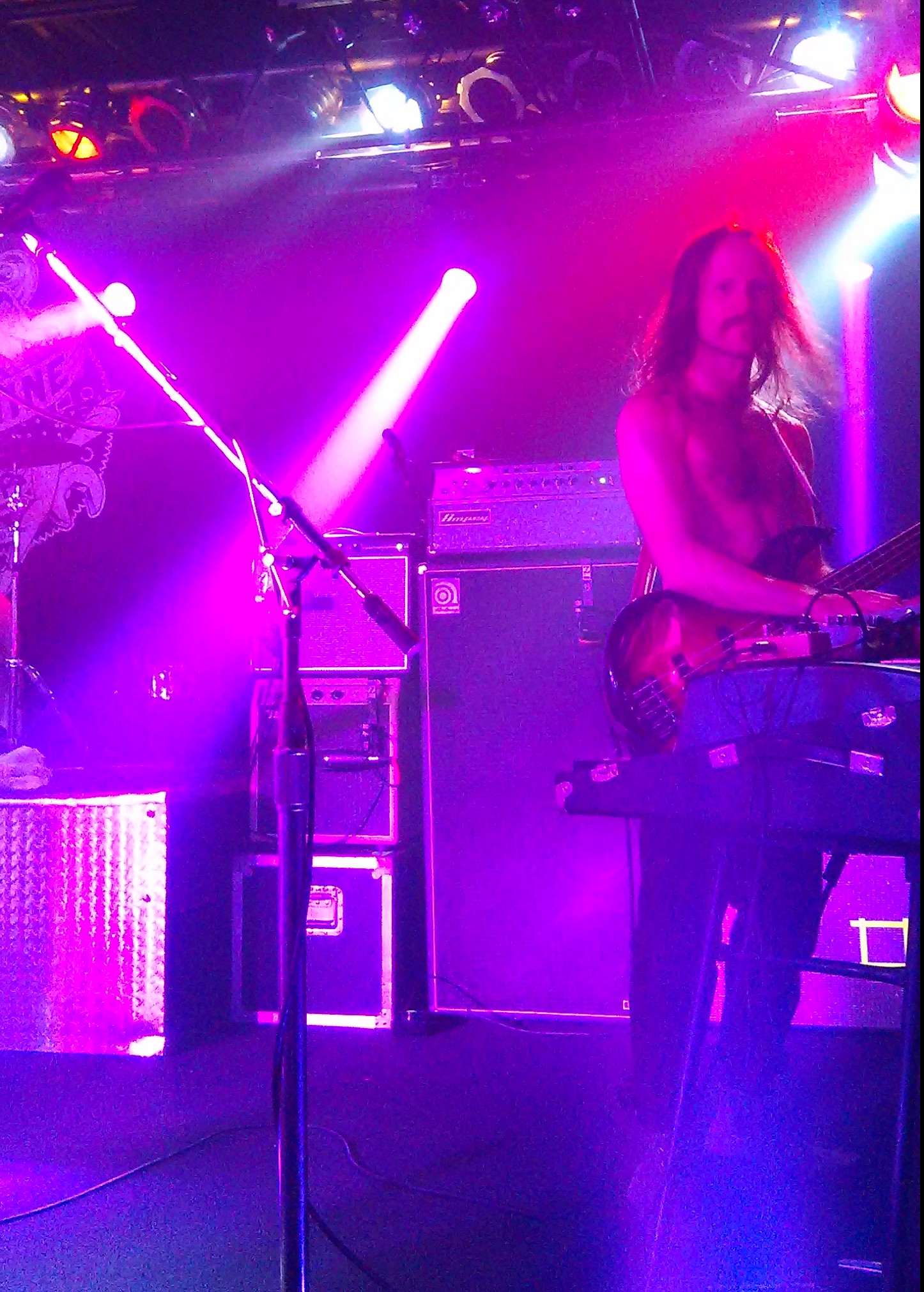 My head-banging was in full blast after that. “Try to Disappear”, “Desperation Burns”, “The Gnashing”, and “Shock Me” was a series of direct hits, their tight hard rock riffs seething into the crowd. Most of the audience was getting pretty tired, but I kept it up. At some point, a guy threw corn on the stage. Aside from cow dung, that’s about the only gift Michigan has to give. The encore was pretty sleepy at first. “Isak” received a warm but repressed reception from the crowd, but the closing “Take My Bones Away” sparked the final insanity for the night.

Afterwards, I was mentally and emotionally exhausted. I probably concussed myself with my head-bang game, and the crowd quickly scattered to the merch table and outside to meet the band. Baizley was outside signing stuff. I gave him a hug, although I probably should have given everyone in attendance some love as well. This concert experience can not be replicated, with a band playing the entirety of their latest and greatest album and an audience who absolutely knows it. Music doesn’t get more sincere than that.

FIRST THIRD ROUND UP: SOME METAL Silversun Pickups – The Fillmore 5/8/16