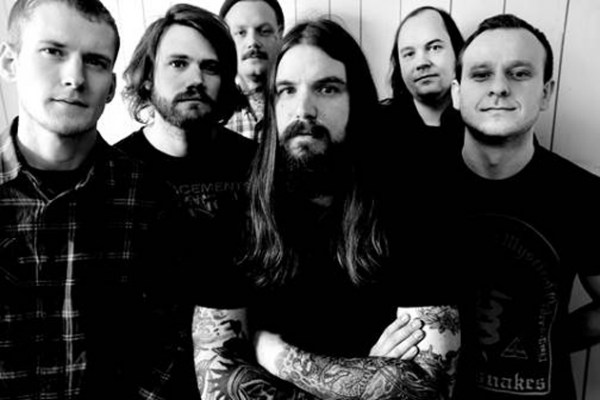 2010 was not my year. It whipped by super fast and little was accomplished. When 2011 hit, I was anxious to see what totally awesome metal I missed. Norwegian band Kvelertak’s self-titled debut popped up on every best list, with critics heralding their intense “black ‘n’ roll” sound. That’s black metal and hard rock for all you squares. It was impressive, coming out of nowhere with it’s mix of black tremolo and gargantuan party riffs punctuated with maniacal screams. Songs like “Offernat” and “Fossegrim” often pop in my head, their mix of extreme and conventional metal sounds ringing in my memory. 2013’s Meir wasn’t really an impressive follow-up, but I had high hopes for Nattesferd. Would it be more extreme? Would they turn straight cock rock? The answer is a little complicated.

“Dendrofil for Yggdrasil” is the only black ‘n’ roll sounding song on the album. It’s a horrible way to start, hinting that the album will be more of the same before veering far off with the next track, “1985”. It’s got a lot of Thin Lizzy in it’s blood, with harmonizing guitars and soaring chorus melodies straight out of “The Boys Are Back in Town”

“Svartmesse” kicks off with the iconic guitar part from Stevie Nicks’s “Edge of Seventeen” before plodding off into ultra hard rock stupidity. “Nattesferd” and “Bronsegud” keep up a similar tone, pulling you in with tasty arena ready sounds.

Things almost fall off track with “Ondskapens Galakse”, a slow crawl through one riff for five minutes, before shifting back with the dynamic “Berserkr”. Every sound on the album is here: acoustic guitar webs, brisk extreme, and stomping riffs. “Heksebrann” might be the best track, a nine minute epic that goes from mid-tempo atmospherics to mid-tempo rocker. Things end on strangely traditional Sabbath territory with some bluesy power chord crunch on “Nekrodamus”.

In this day and age, anyone who can rock with this much conviction without sounding like pure novelty a la Andrew WK is my fucking savior, but the black ‘n’ roll bullshit has to go. That first track really bogs down an otherwise cool album, one that’s so focused on rockin’ it Thin Lizzy style that you forget hard rock is beyond passe. It’s time to sell out in a major way, and I hope this album proves popular enough to turn them into a full fledged Van Halen clone.