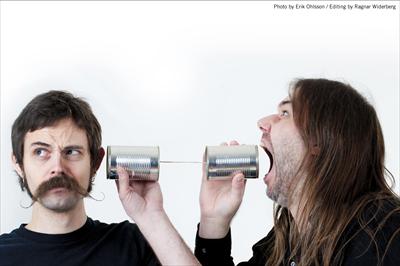 Some bands, in search of a “sound”, totally just pull two bands names out of a hat and go to work seeing how they can combine them. Witherscape might be the worst of all those bands, combining something really great and something ultra repugnant: the melodic death metal of Amon Amarth and radio-friendly hard rock.

The opener “Wake of Infinity” paints the picture in disjointed strokes: great guttural verses with juicy technical lite guitar work followed by a clean Foo Fighters chorus. The song literally stops about three minutes in and a Nickelback passage enters. Things get better with track 2, “In the Eyes of Idols,” a slightly intriguing mix of melodic death and conventional rock. This keeps most vocals growling and the rhythm playing two chords at a time, throwing in some random synths.

Some synths are okay, but what seems like a light prog touch quickly engulfs the rest of the album. Tracks like “Divinity” and especially the fifteen minute “Northern Sanctuary” are overblown to the point of absurdity, pulling in synth spiderwebs and spontaneous ballads far too often. So yeah, Amon Amarth and Nickelback if they wanted to sound like Dream Theater. Just in case everyone missed how artsy-fartsy they really were, Witherscape throw in a minute long piano piece to wrap things up super shitty.

Of all the tracks, the only great one is “Marionette”, a random goth metal track hidden somewhere at the halfway point. The verses are totally throwaway, but the chorus spreads out with lush keyboards and epic power chords. Too bad its ruined by the Scruff McGruff death metal barks pushed way up front. Then again, it sort of summarizes the whole album: a waste of an idea that wasn’t that great to begin with.

The lowest D+ you could possibly imagine.

CRASH DETROIT 2016: THE MIDDLE BANDS KILLERS, DUDES, JAPAN, AND THE