KILLERS, DUDES, JAPAN, AND THE 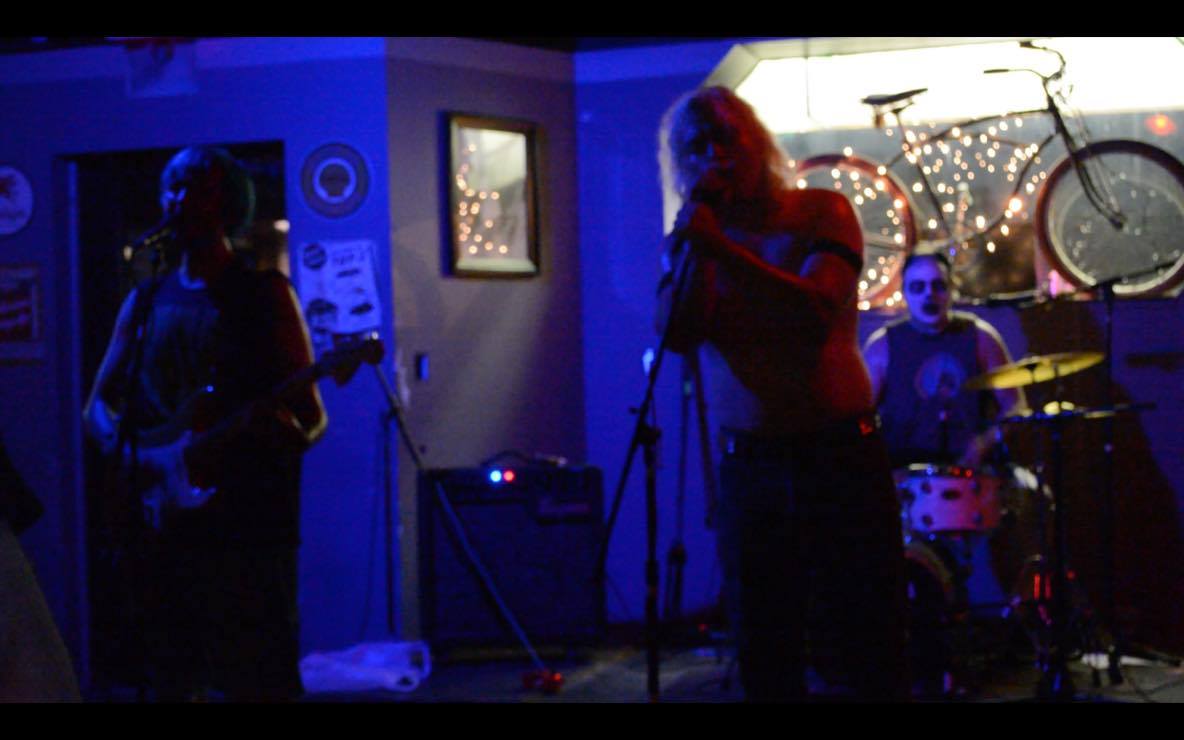 Friday night, Metro-Detroit’s only remaining punk band played their annual show. The night started off with an alternative drum and vocal feel. The Corpse Killers have really redefined their sound. The entire Fires in Japan act even jumped on stage to dance around the amplifier until the guitar screamed in.

The Corpse Killers seemed to be more about the music for the first half of the show. There was no banter between songs and they stood focused on their performance. About 15 songs in Bone Jackson started to do more dancing about 30 ft away from the mic and the rest of the band started to unleash. Good thing there was another 45 songs left because the second half was when the raillery started to fly and the sweat started to pour.

The Woahs, Ohs, and Babies were brash and numerous. Crowd favorites, such as “Jaws 2,” and band favorites, like “The Making of Jaws 2,” littered the set list. Notably absent were classics “Street Fighter 2010,” and “Kyle Reese.”

After the show, Reggie “The Reckless” Fright had to be helped to the bathroom to wash out the paint in his eyes. There are talks of a CD release party, maybe even before next year. 4/5

The next act made it apparent they were from Las Vegas, Nevada. Bitch’n’Dudes are a metalcore band with a slight touch of punk ska. Almost too much metalcore, almost too little ska, the sounds is very blended and almost comfortable or expected. An avid listener to punk ska might feel it does not qualify, while a listener of metalcore might be drunk at the bar already and unavailable for opinion.

The best song of the set was the song about weed. There was plenty of genre bending madness amidst the skanking and squealing. Although the front women is absolutely crucial to the act, one would have liked to hear more of the classic third wave goblin singing that the male vocalists lead with. 3/5

Fires in Japan played a full set with a new guitarist. This was a momentous occasion because the band is almost on their 100th birthday and they finally rounded out the sound. A listener is assailed with visions of 2005 and picking up a date with emotional pop punk chords played on both the down and the up stroke. Fantastic background bar music. 3/5

The Feigers played excessively loud and I did not hear the set because I did not want to blow my ears out. Next time I’ll remember ear plugs. ?/5

The Rockery venue has really improved their sound with some killer insulation. One could imagine it is from all of the noise complaints from one of my managers who lives around the block. Notable events from the evening were the drummer from Bitch’n’Dudes getting on someone’s shoulders to climb the tree in front of the bar, a d-bag who was observed in the audience after telling the doorman he just wanted to “throw this water bottle out,” without paying, the Abominable Duke Baron Von Joshenghoulie passing out from dehydration and fatigue on the pool table, and Dave W getting hit on by another guy.