CRUSHED BY POLISA, UNITED BY POLICA 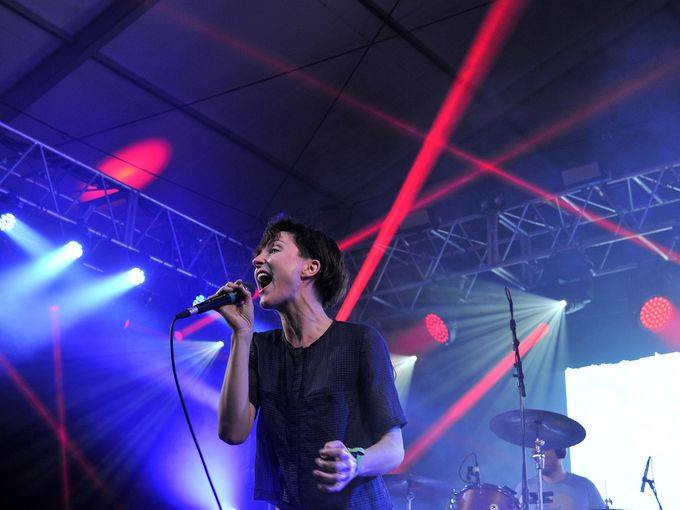 Ryan Olson and Channy Leaneagh are Poliça. Their new album, United Crushers, is a metabolizing, dense, nutrient shake of synth pop, piercing prose, and a deep space interstellar atmosphere. Olson, the mixer, does a killer job on everything he touches here, which is everything on the album. Leaneagh, presumably the lyricist and singer, elegantly weaves alliterate words in unbridled and ceaseless motion. Unfolding like a hip hop album played at half speed, the content is challenging and pointed.

The music poetically matches the lyrics so closely, one can daydream about the collaboration process. United Crushers is a fourty-three and a half minute fusillade of cinematic aural piercing shells.

To go in depth into this album is to toss a few handfuls of sand into a sieve from the Witwatersrand Basin. Much like mining with the lights out, the darkness of tone and mood is so rich and delicious, a hungry ear could subsist for months. Each and every track poses giant questions and remits action and energy as the listener is catapulted out from one quarry under earth and into the next without any notice.

Go and listen now. Soundcloud has a sample for the chickens, but this is a must have from 2016.