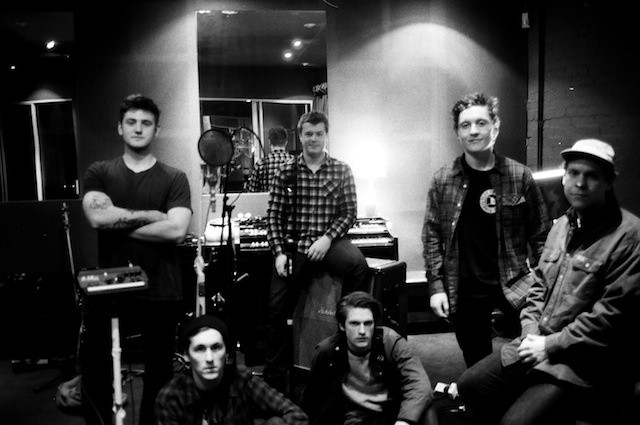 Is music really underground if it reflects popular tastes of twenty years prior? Post-grunge only kinda-sorta died anyway, as most of the Foo Fighters and the Offsprings continue to have high-charting albums every few years. Here’s a brash and heavy-handed generalization for everyone: I’d say underground music is defined as experimental stuff that totally goes against all popular tastes from the dawn of rock ‘n’ roll to now. I’m leaving a big gaping hole where all that adored artsy-fartsy “modern classical music” sits, but whatever. All I mean is, anyone who thinks ska-punk or post-grunge is underground music is only fooling themselves.

I’m guessing Basement probably doesn’t think about stuff like that, but honestly, this would have been commercially viable twenty years ago. The cover screams ’90s hipness, and with a single word band name like Basement, it’s clear that these guys would need a time machine to make any money.

So they play poppy grunge music. It’s very polished and clean, and they only use screechy tones in a couple songs. If you like this, you’ll also probably like those Better Than Ezra and Semisonic CDs that are collecting dust at the thrift store. Basement’s a little louder than them, but not enough for me.