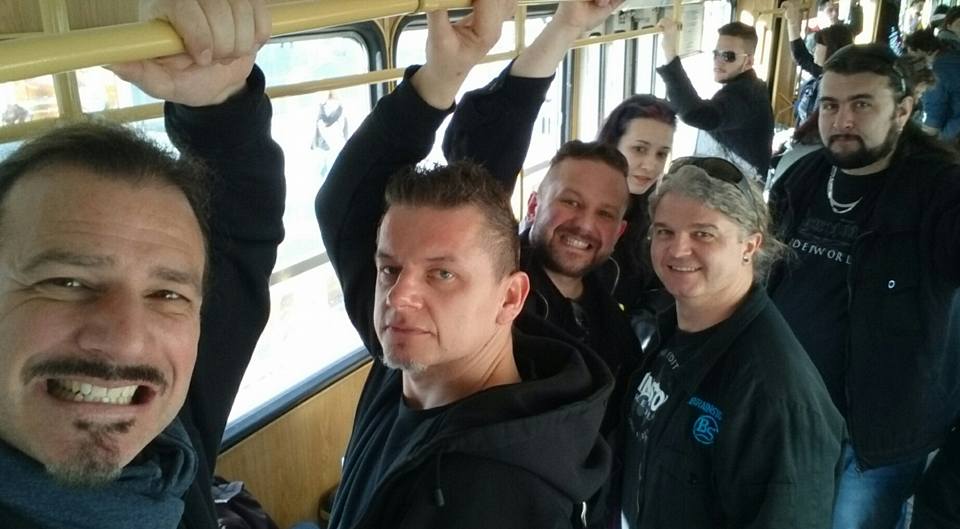 Beginning with an orchestral style intro and after the rest of track one, Brainstorm decides to make music starting on track two. Seeming to focus on lyrical content and audible quality, Scary Creatures as an album has some advantages over traditional power metal. One, the singer, Andy B Franck, manages to sound like he is continuously straining himself in a pleasant manner. One bored with typical arena or castrato style singing might prefer the change in aural scenery.

Another quality to set it apart is momentum. The music really propels the listener with hooks, licks, and nice arena drums making it very dance-able. Scary Creatures always hides interesting and unusual sonic effects in the company of an ever changing atmosphere.

“We Are…” is a track full of disturbing fascinations, among them a huge variety of musical influences in a five and a half minute track, and the feeling Franck is part of a gang of people following you around waiting to commit arson, a crime I’ll never understand. There is a slow part where Franck and a echo-y child attempt to reassure you they are not, in fact, bad guys, and are no longer interested in burning you.

There seems to be a very good balance of singing, soloing, chugging, and bridge. Every song seems to have equal amount of each sprinkled into the same bridge song form. “Twisted Ways,” seems to be a good example of this and also features Franck trying to pop his head off.

Like all power metal the guitars might be a little too polished for some, but the fun vocals can bring Brainstorm back down to a listenable level. Also, there seems to be one of those piano things on track 7, “Caressed by the Blackness,” you know, the badly played ones.

You can get this on gold vinyl, presumably if you live in Germany.