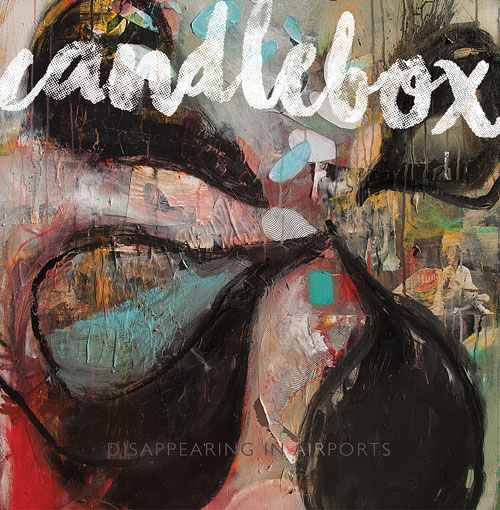 Is Candlebox trying to cut into contemporary rock? Probably. Their newest album, Disappearing in Airports, came out in April and sounds like church and not the hip kind: The hipster kind. The light rock, Santana, and Country-Pop influences are applied as thick as fondant on prime time Food Network. The result is a laxative so powerful it will send the most hardened normy first to the splatter house then to the crumbiest record store in the basement of a bar to start a long lasting diet of hard tack black metal and noise core.

There are attempts at making this smoothy of food coloring more nutritious, such as straight lifting of entire chord arrangements, solos, and themes from early 2000’s radio friendly “alt” as heard on “The Bridge.” The majority of semi-interesting material seems to be completely contrived and vacuous of real intellectual merit drowned in a sea of aimless anti-depressant covered and un-passionate fake soccer mom love songs. For a band who takes the moniker “hard rock,” this album will help anyone having trouble on the john.