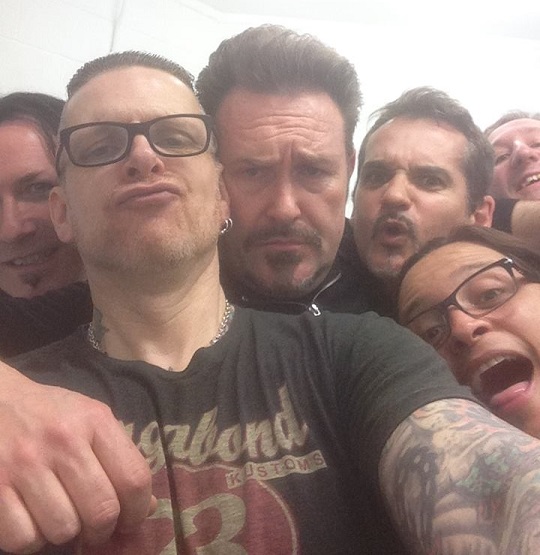 Ricky Warwick is busy. He is apparently always recording and touring with multiple bands, including Thin Lizzy and Black Star Riders. Him and and Sam Robinson’s new double album is split into band rock and roll and intimate acoustic feels.

The first LP starts off real good with classic anthemic Irish rock. The title track sounds boring at first but keeps going in the same direction until the listener becomes interested. Shove enough nostalgia down someone’s ear canal and they’ll miss Hank Williams, too. “That’s Where the Story Ends,” is a good cowboy rock with some decent spring reverb on the vocals and trumpets on the hooks. However, things take a turn with “The Son of the Wind,” which attempts to take to add a hard edge. Immediately after is track nine, which is okay simply because it has dual guitar hooks and an okay song structure. “Yesteryear” takes it back to basic rock and roll and is a semi-autobiographical piece about how life is what you make it. Sans the speed bumps on track 8 and 9, this LP is great old-fogey high energy rock and roll. Have I mentioned this is rock and roll enough?

The second LP has mostly singer-songwriter material. Ricky pours his heart out, per the usual, over four chords. He maintains a decent variety of sounds, as he should being as old and skilled as he is. It’s refreshing that each song has different material to it. The title track and the tracks after are, sonically, faster and more entertaining than the first three.

Of the bonus tracks, “The Whiskey Song,” low energy Irish pub rock, is the only mildly entertaining one on the first LP, and “Love Owes” and ” I Can See My Life (From Here)” have some cool lyrical imagery. The other bonus tracks are boring and difficult to focus on. I blame the melodies.

Warwick keeps things rockin’ and real on this Northern Irish release. You can get the double CD from Amazon for less than the MP3’s.