THE 1975 ARE BEING WATCHED IN THEIR SLEEP 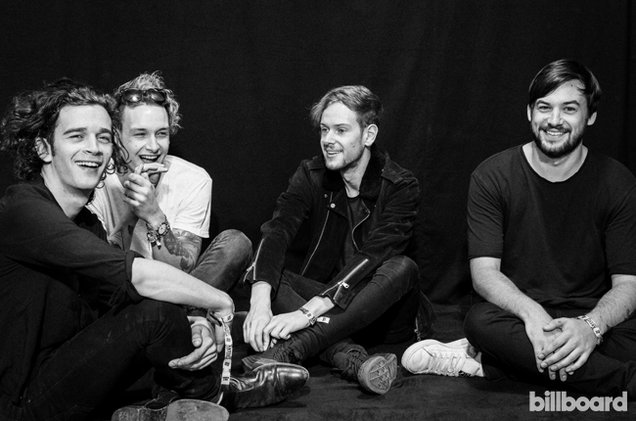 The 1975 -I like It When You Sleep, For You Are So Beautiful Yet So Unaware Of It

The 1975 are a popular “rock” band from Cheshire that play electropop. Their newest album, previously named and henceforth referred to by the acronym ILIWYSFYASBYSUOI, charted number one in both UK and US last month.

The majority of the album sounds early 90’s late 80’s in that layering. Although the band uses a lot of sweet effects on their guitars, the majority of the identifiable sounds are synth sounds. The majority of the beats are soul and R&B inspired. Thick and rolled-up vocals from a myriad of guest singers cover the furniture. Each side appears to be themed.

Side A features pop, funk, and dancy rhythms. Side B is very introspective. Side C is about “love” and “somebody,” at least that seems to be the two most used words. The final side starts off with a slammin smooth jazz saxophone solo and then has three mega depressing songs about life being screwed up.

Side A’s coolest part is the wobbly synth melody which occurs in “A Change of Heart.” This track feels like it sounds the way the band wanted it, a little artistic and fun. The downside is track 2 and 3 sound like the same song different chorus. Even the words are similar enough for it to feel like verse 2 and 3, which would not be an issue if the music was substantially different.

Side B starts with a gospel inspired tune, “If I Believe You,” in which Healy regrets believing some bologna Dogma (pronounced phonetically) that has scarred him. For the record, a free gift is no strings attached. Only a liar sells freedom at a price. This track features a flugelhorn.

“Lost My Head,” is a shoegaze song with four lines repeated for 5 minutes, making it an instant favorite.

Side C is back to the dance music. “Loving Someone,” embodies the theme and features very modern synth sounds over cool chord progressions. Musically it is one of the most sound tracks, lyrically it is a little annoying due to gimmicky cliche’s that I both respect and despise. The title track is a six and a half minute techno song.

The final side has that cool sax solo and three songs that make Europe sound terrifying. The final track, “She lays down,” sounds like it was recorded on a hand-held and is just guitar and voice.

As for bonus tracks, the Target deluxe edition features digital download codes for “How to Draw,” a soundscape with the strongest lyrics of all, and a demo of “A Change of Heart,” less cloudy and more dynamic. The dynamics of electropop albums are often little to non-existent, and that is another thing that the band might want to think about for the next album.

All in all, it is difficult to hate ILIWYSFYASBYSUOI. There is a lot of thought out content and the 1975 know exactly what their fans want. The instrumentation is redundant at times but never boring, though it feels like a concept album got put in a blender. I appreciate lyricists that are able to be real and still keep it artistic and Healy and the gang push the envelope a little bit in both of those areas.