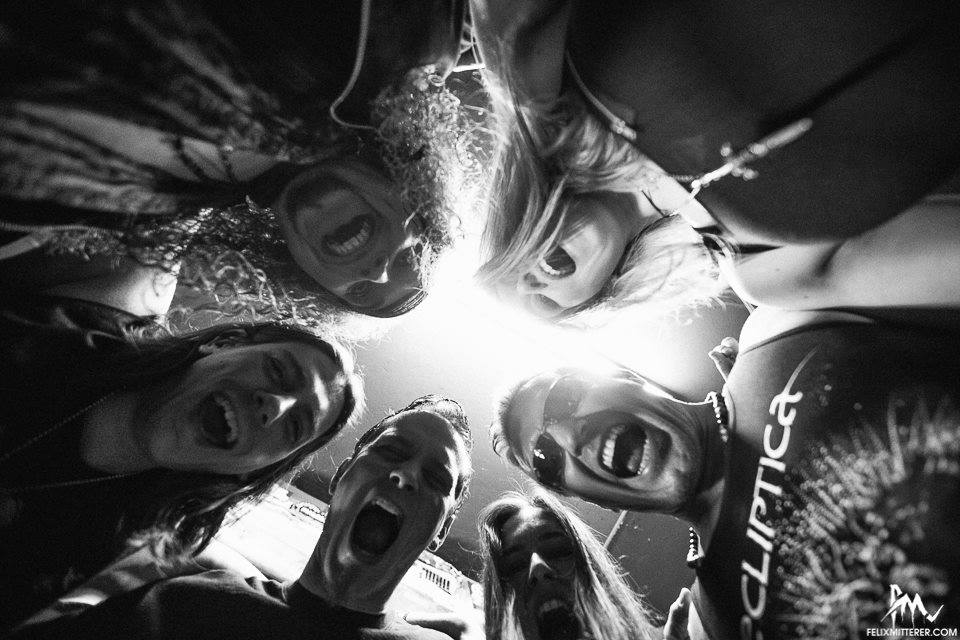 Earlier last month I was browsing some new music for 2016 when I became discouraged for the lack of rock and roll. I began to sample albums with one specific qualification: good name. That is when I found Ecliptica’s newest album, the aptly named, Ecliptified.Ecliptified is a hard rock album with good track titles as well, such as “Road to Nowhere,” “One for Rock ‘n’ Roll,” and the power ballad “No Surrender.” Every song is high energy and most are almost uncomfortably fast and about living the rock ‘n’ roll life.

The speed is counterbalanced by the slowey’s like the flagrantly long “Need Your Love,” which could have been just the chorus over and over for five and a half minutes. It even sounds like the male lead vocalist, Tom Tieber, wanted to keep going. Sometimes you need to know when to put down the pencil and cut the track. The other slowey to avoid is the penultimate track, “For Good,” which is a giant crescendo with an ambient drum track thrown in. Another track to avoid is their newest single, “Round ‘n’ Round.” One might assume that the entire song is about pole dancing at the most boring dive in Vienna.

Female vocalist, Sandra Urbanek, has a motif going throughout most of the album where she sort of gargles as she sings. I am personally not a big fan but it seems to be well done. In contrast, Tieber seems to stick to arena rock singing with a little impatience.

Guitars are solid and there are some fun and easy listenin’ solos by Markus Winkler and Van Alen, whom one could assume stole the name. Roman Daucher sticks to the basics like a good drummer. Bass is played by female Austria death metal queen, Petra Schuhmayer. Girls on bass are always a good thing. There is a bass clarinet or something on “No Surrender.”

The Austrian band would like you to know that they are “Metal ‘n’ Roll.” You can listen to much of the album on the YouTuba ‘n’ Spotified while you get blinded by the sun tomorrow.