This new single from the literal best band in the world leaves much to be desired. After dropping my favorite album of last year, Armaggedonize, this semi-turd is what they muster for the Melodifestivalen/Eurovision Song Contest 2016.

While this would be Eclipse by the books, an epic anthem with whistle-clean production and a delicious set of vocal hooks, they make one horrible mistake: the awful opening part of the chorus. It does that horrible thing where the vocals and guitars have the same melody, like Sabbath’s “Iron Man” but infinitely more disappointing since these guys know better. Hopefully the Eurovision Song Contest is judged based on how awesome your last three albums were.

Just checked, it’s not. The best band in the world is screwed. 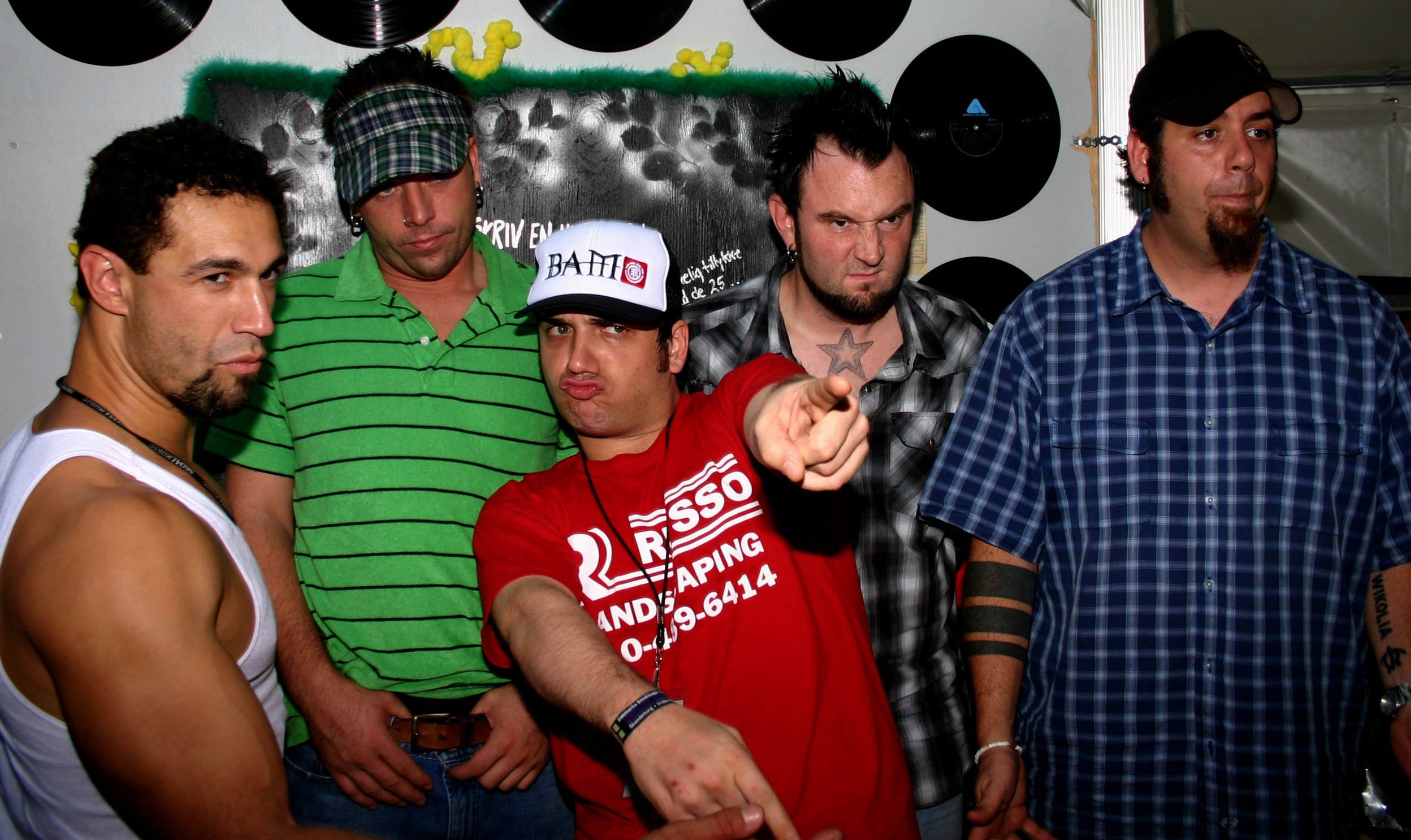 Retro ’90s is finally here, complete with references to Columbine, John Goodman, and all sorts of other crap you’ve put behind you. POGs and Beanie Babies are noticably absent, but good ol’ irony makes a comeback in “Diary of a Stranger”, a tongue-in-cheek ode to ’80s new wave that’s already been done by thousands of better musicians who don’t make four minute long diaherria jokes.

Eventually they try to make Billy Mays and Anna Nicole Smith references, but they’re still a decade too late. By the time the Beastie Boys rip-off “We’re Gonna Bring the Party to You” comes on, you’ll be telling ’90s and 2000s nostalgia to eat your shorts.

Welcome to Futurepop, a genre that will always be trapped in 2002.

Angels and Agony make a valiant attempt at still sounding relevant, with hypnotic synth melodies and beautifully crisp monotone vocals. Unfortunately, that’s every Futurepop band ever. VNV Nation, Apoptygma Berzerk, and Neuroticfish have made some great albums, but what is there to set Angels and Agony apart from the pack?

The answer is nothing. They keep going with fake grins and little beads of sweat forming on their forehead, hoping to God that no one notices they have nothing new to say or do. 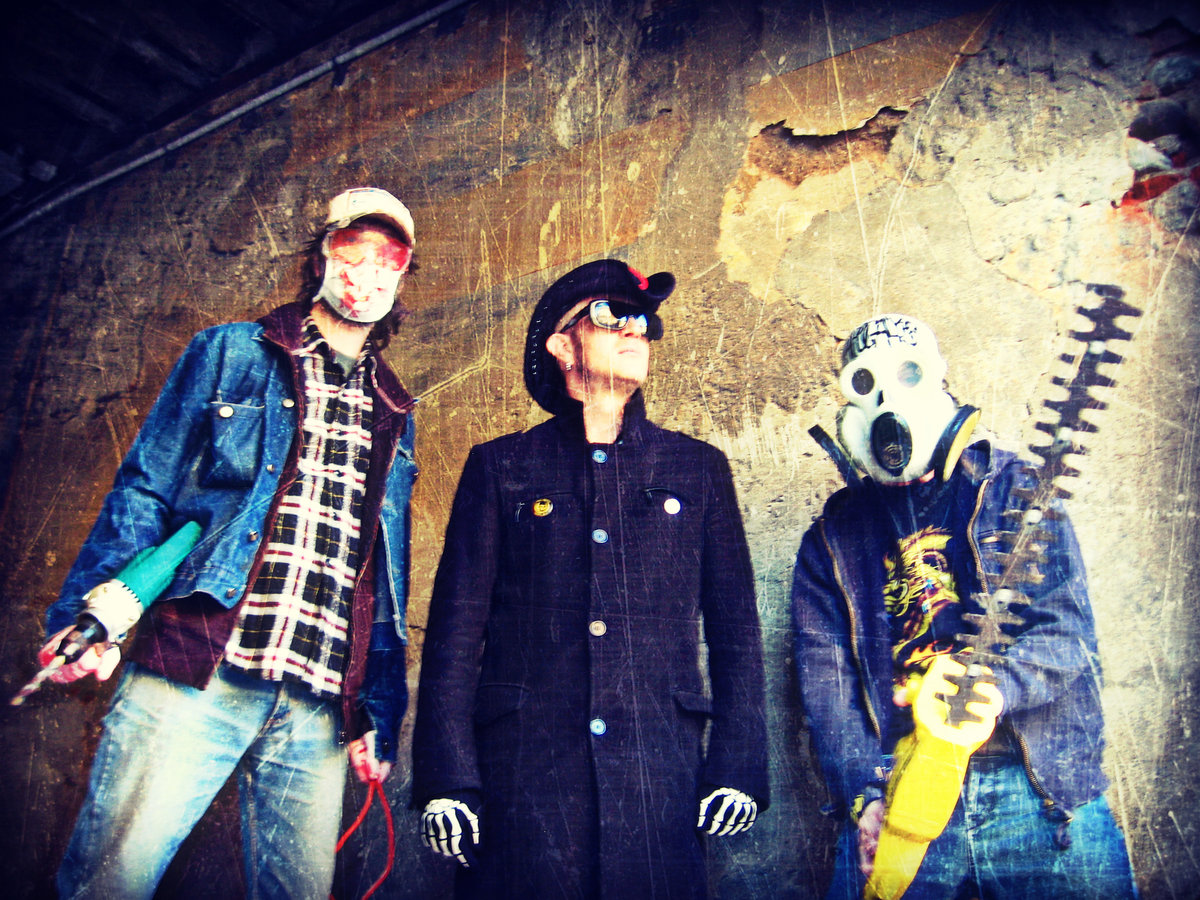 Cavaverman wants you to believe that they’re like the Misfits, and sometimes they succeed. The vocalist has that Elvis and Jim Morrison’s baby thing going on just like Danzig. “Teenwolf” will have you whoa-oh-ohing along throughout, while “Lora Ashley” is some great ’50s ballad-come-punk junk. If there was a Misfits chorus genome project, “Green Goblin” would be an essential element to cracking the code.

Yet Cavaverman buries these good tracks under a bunch of garbage, garbage that sounds too much like AFI for comfort. “Dead In Berlin” is an awful “Boy Who Destroyed the World” re-write, but even that’s better than the Green Day genericism of “Inside You”, “Hero”, and “Just Another Day”. With a four awful to three great song ratio, what’s left are five tracks that leave no lasting impression.

So after writing all of that, I checked out Cavaverman’s 2013 album, James Dead. It’s supposed to be a play on James Dean. “James Dean? More like James DEAD!” is something I probably would have said in high school for some stupid reason. Regardless, it’s a much better album that retains the Misfits influence throughout. I’d give it a B+, but I’m not reviewing that, am I?

Dance With The Dead – The Shape

Dance With The Dead – The Shape
​ 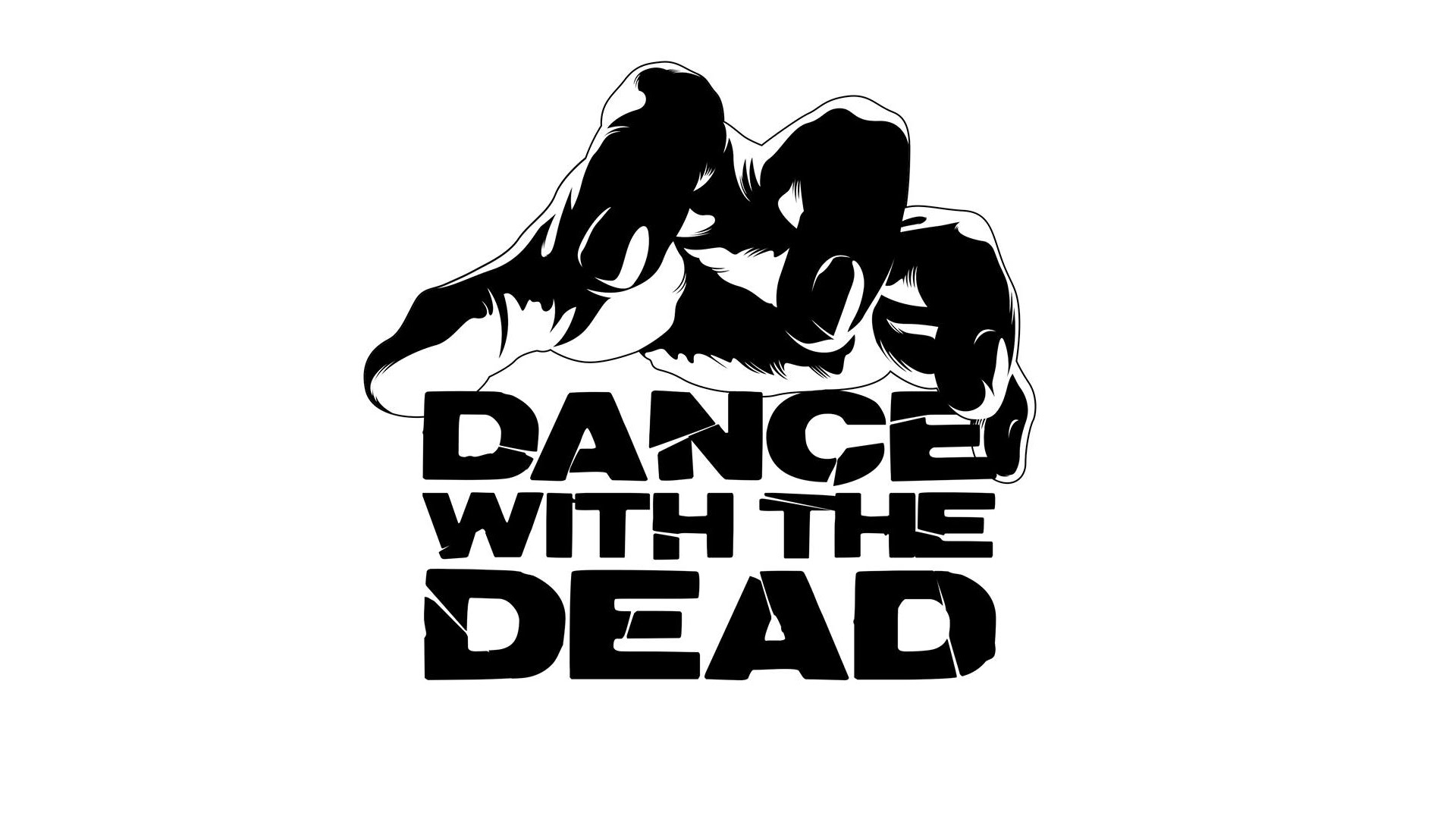 Even more ridiculous are the endless guitar theatrics. I thought electronic music was doing okay without constant interference from ex-metal dudes who realized there was more money in big dance clubs than in slimey metal bars where every toilet has been leaking since 2003. These guys muck up every song and need to go away.

But they never do, no matter how hard you pray. The crescendos keep coming and the guitars keep bloating as you slowly become desensitized to mega excitement and ultra hipness. This album will turn you into your parents and immediately force you to understand their thoughts on whatever crap came from your adolescent stereo: it’s loud, it’s stupid, and what’s the point of living in a world that creates this shit? 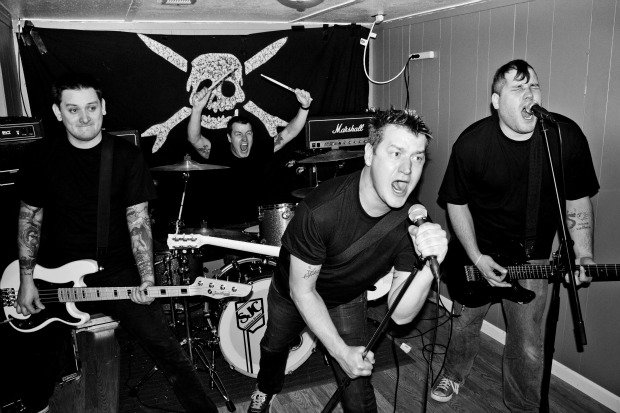 When it comes to early punk rock, the best bands always made changes for the worse: the Angry Samoans became a flaccid psych-pop band, the Meatmen switched to motorcycle cock metal, etc. The change always hurt, but the results were at least marginally interesting, unlike the dozens of albums that crappy pop-punk bands like Pennywise and Screeching Weasel churn out all the time. Epitaph and Fat Wreck Chords are creative tar pits, and their legions of dinosaur bands will all sink into the depths of hell as I, the God of all generic pop-punk, raise plague and pestilence upon them.

Amongst the locusts and such, I’d probably spare Teenage Bottlerocket. It’s a repeat of their previous albums for sure, featuring the same storming Ramones and Misfits-inspired melodies that have been their signature for over a decade. The only real variety is in the tempos, which switch between uptempo to very fast. The best tracks are a Kevin Smith pop-culture junkies dream, with references to Vincent Price and Metallica peppered throughout.

The album ends on a debbie-downer with some crappy ballad, but even that can’t stop Teenage Bottlerocket from being one of the best we-write-the-same-song-over-and-over bands out there. It makes you feel like these guys are living their adolescent punk dream for all of us, cranking out the same quality three chords until the coroner pries the guitars from their cold, dead hands. The Ramones, the Misfits, the Damned, and all the rest of them couldn’t do it, but maybe Teenage Bottlerocket can.

Lethal Steel – Legion of the Night

Lethal Steel – Legion of the Night
​

So close your eyes and think about your favorite Iron Maiden, Tygers of Pan Tang, Diamond Head, Raven, or Angel Witch songs. Now imagine a bunch of Swedish dudes take them all, throw them in a blender, mix in a good amount of corn mash, put it in their still, and make some moonshine out of it. You take a drink and are taken slightly aback. While the flavor is generally lacking and has a distinctly filthy aftertaste, it remains a potent New Wave of British Heavy Metal mix. 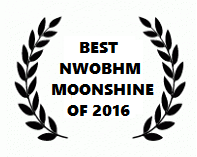 Regurgitated NWOBHM is what Lethal Steel offers in thought, word and deed. Such carbon copying is usually frowned upon for many reasons, the most glaring being that the musicians are big fat phonies with nothing to say of their own. This might hold true for the uninitiated, but for those who understand that the NWOBHM was the single greatest movement in musical anything, Legion of the Night has all the right moves. It will not replace your favorite Raven album, but it’s a nice fix for anyone who’s afraid of music pre-2016.

In Cait Brennan’s debut, high fructose corn syrup is liberally poured all over the classical power pop formula. Like your favorite candy bar, there’s a sense of instant gratification for every track. The guitars range from rolling acoustic strums to electric staccato honks, and the vocal delivery is always the perfect mix of dreamy and aggressive. Case in point: “I Want You Back”, a short organ and drum-driven track that simmers with more passion than your grand-pappy’s power pop could ever muster.

Unfortunately, like your favorite sugary soda, your teeth start to feel fuzzy as time goes on. Cait randomly starts pulling Elton John moves on “Showman”, followed by a couple of straight Sgt. Pepper re-writes in “Meet Your Remaker” and “Harmony Lies”. Most tracks also tend to go on a little long, with half just short of the five minute mark. If power pop ever taught me anything, it’s that every good song in the universe can be squeezed between two and three minutes. 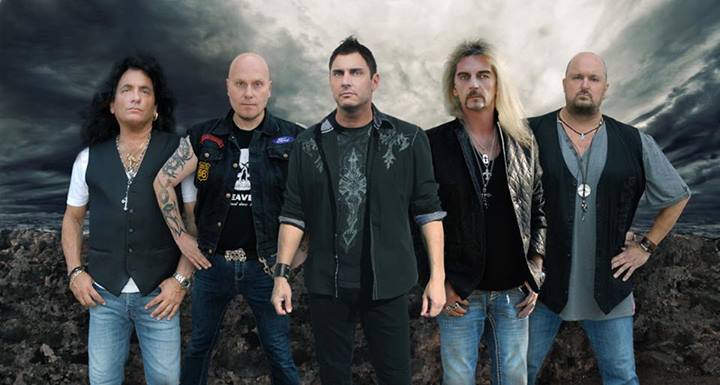 Banal without a cause, this album is beyond a disappointment. Just two albums after the great Circle of the Oath and the Axel Rudi Pell band are pushing the boundaries of stupidity.

The problem lies solely in the songwriting, all done by Pell himself. Most riffs are wholesale recycled from previous albums, but even more unsettling are the beyond infantile lyrics. If “Feel the flames from the muffler/They are born to be free” makes you wince, then you’ll dry heave over “I don’t want to cry/When I don’t want to die/’Till the world says goodbye.” When the most enjoyable song on your heavy metal album is a live version of “All Along the Watch Tower,” then you’re really fucking up.

Based on my listen, I think I figured out Pell’s songwriting process. Axel quickly deletes the vocal track from every song off his previous album and bam, there’s the music. Then, using the dictionary of Most Obnoxious Cliched Phrases That No Writer Should Ever Use, he goes to work. After seconds of careful planning, he’s got the chorus for his hot new ballad, “Whatever It Takes”: “selling like hot cakes/so let’s raise the stakes/for goodness sakes/whatever it takes.”

It’s a huge shame, because there’s a lot of talented musicians here and a decent enough production to back them up. Johnny Gioeli’s vocals are uniformly epic, and the bluesier Axel’s solos get the better, but if Axel really thinks he can get away with writing material this dreadful, then he can cry, die, and say goodbye, in that order. 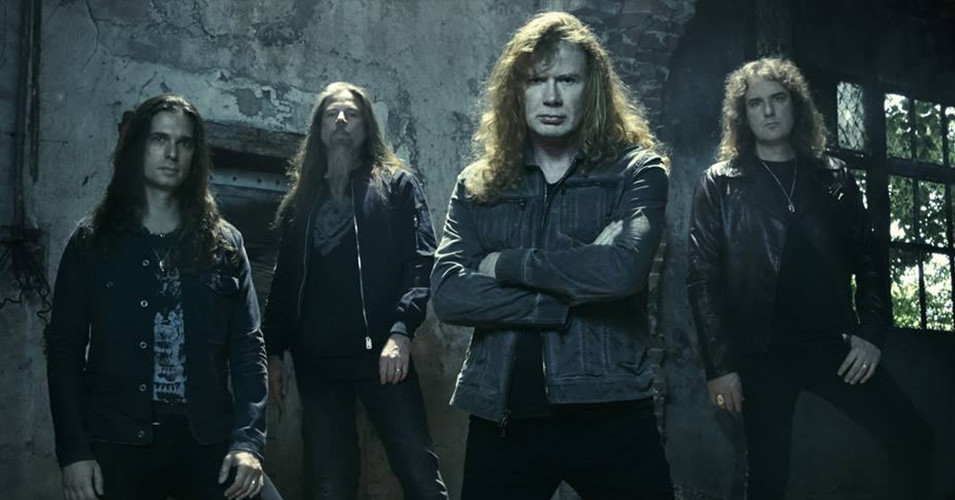 Thrash metal dreams come true on Dystopia, an album of blistering syncopation, driving tempos, and tight song structures. Much of it recalls Megadeth’s best work, except now there are less hooks to go around. The lack of pop appeal is obviously calculated, serving to rinse out the trashy REO Speedwagonery of their 2013 MegaShit Super Collider. Although the ballad “Poisonous Shadows” gets all Celine Dion with strings and pianos, “Fatal Illusion”, “Lying in State”, and everything else hold the intensity for the other forty minutes.

While Dave Mustaine could write the book on thrashing in your fifties, his lyrics are becoming a concern. The Fear cover that caps the album is telling: Lee Ving’s right-wing, xenophobic jokery is easily integrated into Mustaine’s bleak vision of the real world. His fear of foreigners on “The Threat is Real” makes him sound more Bill O’Reilly, but the general end-of-democracy vibe is definitely fear-mongering Alex Jones style.

Regardless of skewed politics, Dystopia has a certain level of authenticity most metal lacks. Kiko Louriero and Mustaine’s lead/rhythm interplay is the real deal, the songs have a focused, singular sound, and you know Mustaine’s lyrics are a real slice of him. Mustaine’s already got my vote for best punk lyric of 2016: “You’re bad/You’re bad for my health/You Make Me Sick/You Prick”. 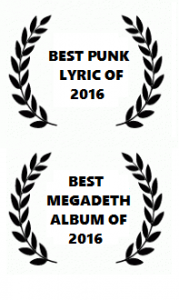