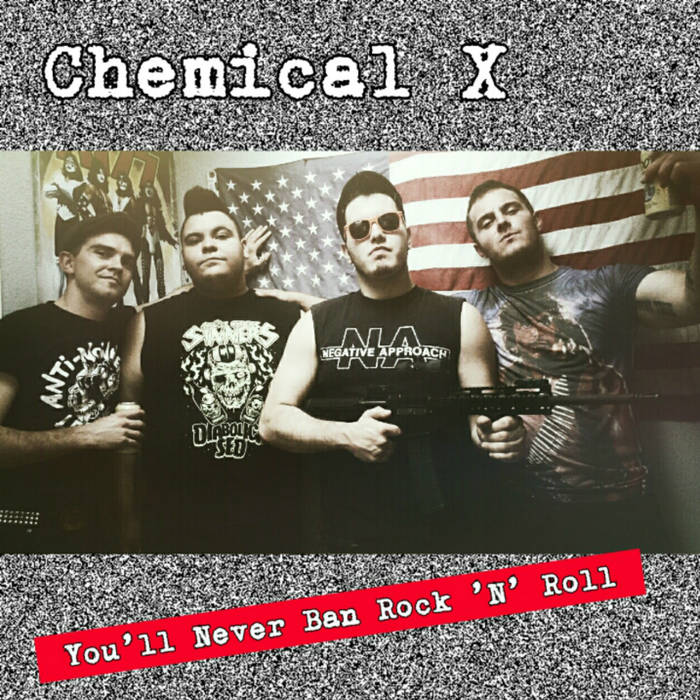 I woke up this morning desiring two things: listening to the Dwarves Blood Guts and Pussy and finally trying out Crystal Pepsi. Unfortunately, I live in a town largely untouched by crass commercial enterprises. There’s more strange foreign export sodas here than you’ll ever know, with Polish strawberry junk and different types of Vimto being my primary sustenance.

Without Crystal Pepsi, I decided to eschew the Dwarves and find some new music to crap about on Blah Blah Music dot com™.A little too rockin’ to be Oi! punk and too hardcore to be filed safely under pop-punk, Chemical X is everything I love about punk: fast, hooky, and occasionally telling me to suck its dick. The opener “Cry Baby” embodies this approach, and they even a throw in a cool meedly-meedly solo just to be more awesome. While I’m not sure why they’re concerned with people banning rock ‘n’ roll in the mid-2010s, the sentiments all there baby.

This heightened energy and songcraft returns later on tracks like “Religious Control” and “Freaks Unite”, yet there’s a lot more generic stuff in between. “Are You Stupid?” has been written and performed eight million times done better by other bands. Playing hardcore back in high school, I already know how it goes: you write the guitar riffs first and the vocal melodies are a total afterthought. An approach as old as Ozzy on “Iron Man”, the vocalist apes the power chord’s pitch the entire time.

But still, who gives a shit? It’s all inconsequential when the actual result is an awesome blur of chords and gang vocals. I’d play a show with them.