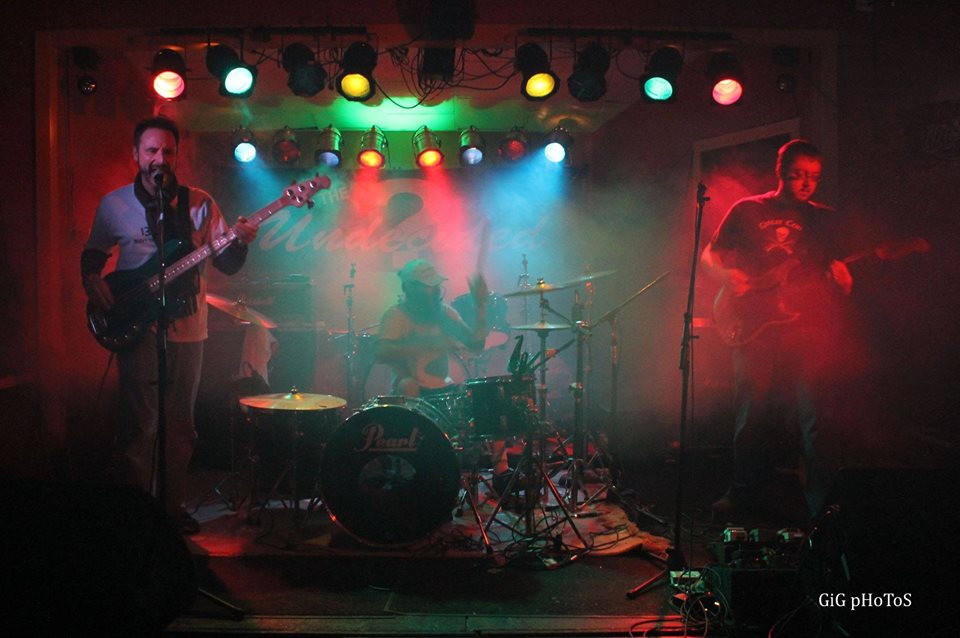 Reportedly an old cover band that realized rock songs about boning is mere pocket rocket science, Bombshell’s self-titled debut isn’t the dullest crayon in the toolshed. The music is pure hard rock, distilled like strong and sloppy AC/DC moonshine. Vocalist/bassist JD gives some spirited performances, the drums sound great, and Ryan riffs competently through it all. My only major complaint is how buried and muddled the guitars sound. In a genre driven by loud thunderous riffs, it’s a little odd that they sometimes come off more as quiet farts.

The lyrical content is sure to please everyone’s grandmother. The disgusting title of “Sixteen/Sexteen” would normally bother me, but the breakdown lyrics are just too good to be true: “sex sex sex sex sex sex sex sex sex”. It only gets worse when they start trying to make sense, dumbing out hard in the only way rock gods can. Here are my favorite examples.

The last one’s rather telling, as the shtick starts to wear thin over the fifteen track length. “Dead Man’s Curve” and “Walk of Shame” are like the awful tracks on your favorite Ugly Kid Joe album, which is definitely more of a compliment than I initially intended. For the vast majority of listeners, that’s a bad thing, but for us about to rock, it’s not too shabby.

Keeping your social justice warrior girlfriend in mind, Dirty Bombhsell were thoughtful enough to include “Pants Off” radio edit. She’ll still break up with you, but at least her virgin ears will remain intact.