THE FUTURE OF MUSIC: FIVE RELEASES FROM TOMORROW 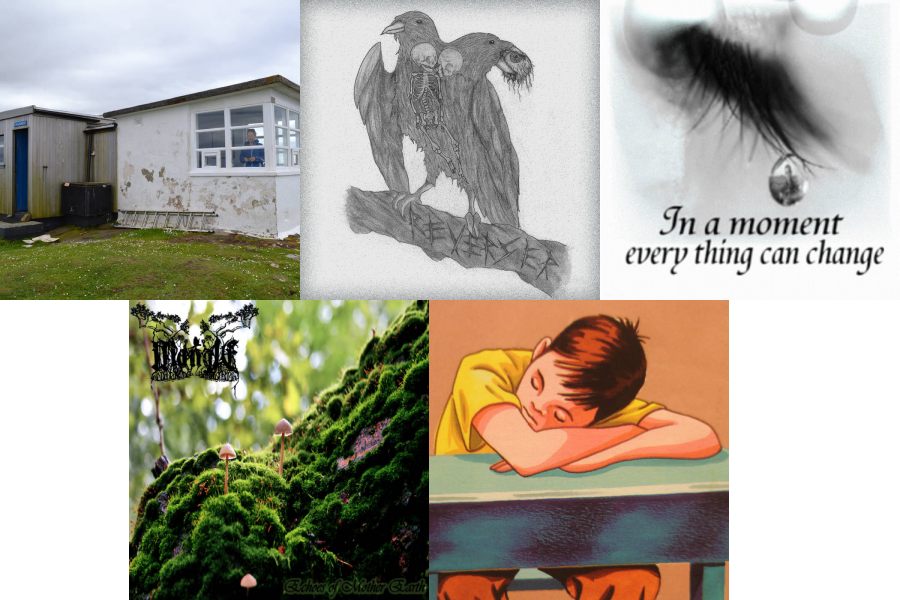 Releases from bandcamp with two tracks that get released tomorrow:

This two track release from the UK came out tomorrow. Yes, it is the future in the UK and they are listening to noisy folk pop. The first track starts out real good with some cool lo-fi guitar and bass action, but quickly tries to develop into something else, perhaps, something of sustenance. The second track abandons the unorganized feel of the first track and becomes a polished pop melody, albeit pop with heavy bass lead and giant warehouse style reverb. Most depressing looking cover art.

Track one features a really cool intro and then the typical new school hardcore punk junk. The musicality is very present here and it is easy to understand all of the instruments separately, an unusual accomplishment for a present day hardcore band. The second track features a really boring intro and slides right into some highly sophisticated motivic development. The most interesting part of this release is how I turned it off immediately after listening to it, but then decided it was not that bad. Most traditional heavy metal looking cover art.

This is only one track, but is it the best cover of “Flow My Tears” that I have heard. The singer accompanies himself on the guitar with either a second vocal or an electronically modified vocal effect. You should buy it now for the low low price of 100 pounds. Most pointless cover art. (bonus points)

Background noise with background music. Track one, “Dawn in the Forest,” features absolutely nothing interesting except the standard prerecorded forest noises, over twelve minutes of meh. Track 2, “Night Under the Drizzle,” has some emotion and standard ambient synths. Both feature un-toned standard plugin noises and are exceedingly neutral. Most photogenic cover art.