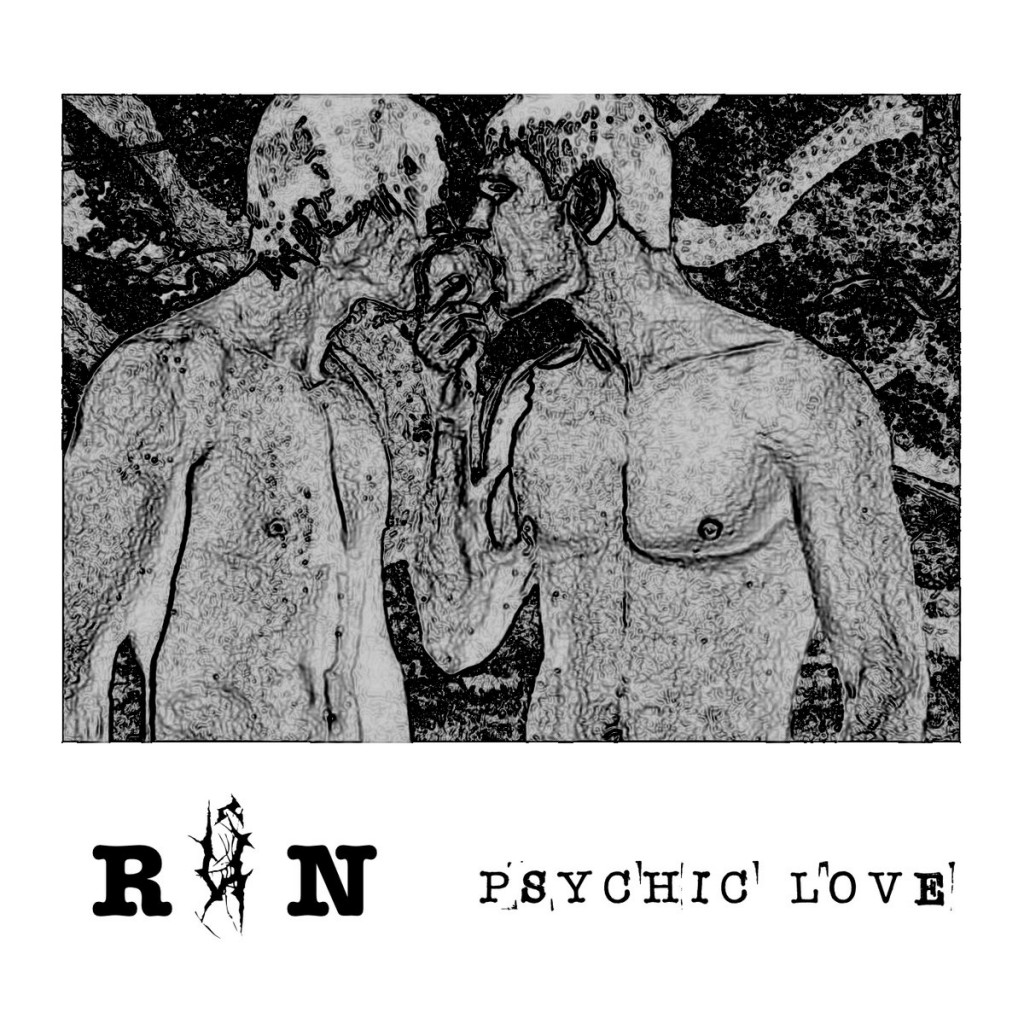 RüN is a one-man project that revisits the style of noisecore’s pioneers, although there is some deviation. In between the noise are strange synthscapes and the moans of men in ecstasy, a reflection of RüN’s queer band identity. Previous album covers prominently feature graphic male homo-sex, which is honestly nothing shocking in the world of underground demos, but those albums also had more of a tinny, programmed blast-beat sound and varying vocal styles. There was little direction and the quality suffered as a result. On Psychic Love, the cover shows an image of Adam and Steve biting an apple. Just like Adam, RüN received a small taste of knowledge that pulled his head out of his ass. The grand realization is here: old school noisecore is the only way to go.

This release contains two tracks, each a collection of many thirty second noise assaults. The obvious digital recording makes everything a garbled mess, but RüN understands traditional noisecore enough that the awful sound plays to his advantage. Blast beats are replaced with random snare pounds and dominating cymbal crashes. The vocals are low goregrind barks, and while I’ve never been a fan of the toilet growl style, it actually works here with the treble-less assault.

I’m hoping RüN expands on this release, as I’ve perused the rest of his catalog and was only really impressed by Physic Love’s enraged aural explosions. This is true anti-music, abandoning all preconceived notions of listenability. It might not be the most original sound, but at least it never abandons its singular cause: fuck melody.