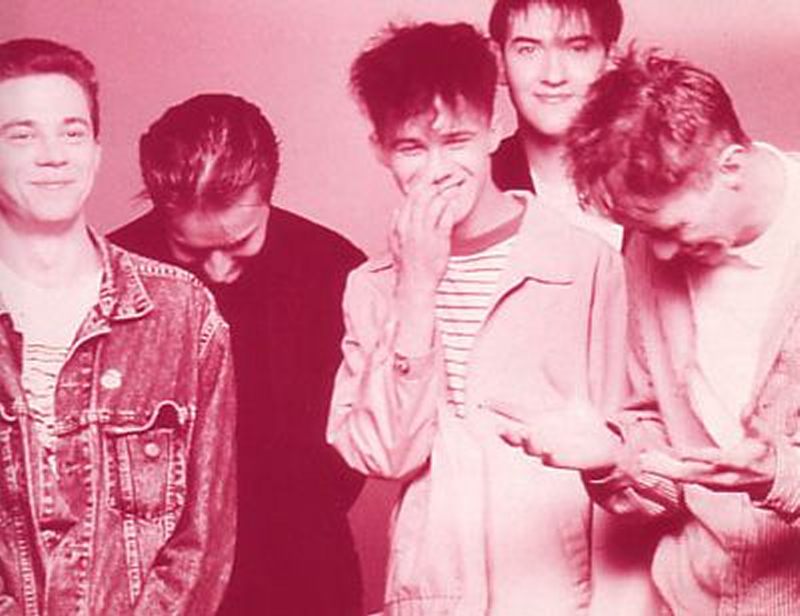 When people get older, they usually make slower and softer music. Maybe it is because as we age we gradually loose parts of our hearing. People who are turning thirty this year agree that loud bassy music is not as attractive as it once was. Certainly none of us are turning into Beethoven, laying our ears on the floor while dropping bricks on piano keys, but some of us are turning into old people none the less. Trashcan Sinatras, or the Trash Can Sinatras, is one of those groups that has decided to make an old man record.

Wild Pendulum shows the group has practically reinvented itself again. Using a large array of actual instruments in lovely retro instrumentation reminiscent of something between a dark 60’s romance and a bouncy 60’s romance. The smooth feel of light rock and often pure orchestral with appearances of digital sounds is unique and abstract and wholly together at the same time.

What stands up tall on every Trashcan release is the lyrics. Probably the best line on the album appears in “Best Days on Earth,” which was a promotional single released for the pledgemusic campaign fund-ers. The line is “The heart is designed to run out of time; There’s no pause and rewind; The transmission’s live.” The majority of memorable Trashcan Sinatra lyrics are some sort of play on words.

Not only are the lyrics smart and philosophical, but also cute and fuzzy, like the title to “I Want to Capture Your Heart.” There is even a song about joining the Mafia, “The Family Way,” at least that what it sounds like to me.

Every album from the group is unique and filled with thoughtful lyrics and well written songs. This album does not appear, at first, to be quite as monumental as their first, but it will definitely be a favorite for many, however, it may be too laid back for some.

“All Night,” however, sounds like three other songs. Petula Clark’s “Downtown,” Green Day’s “Waiting,” and… wait a second, “Waiting” is totally a copy of “Downtown.” Even the lyrics are similar.

Upon further research, even Wikipedia.org claims there is a connection between the two songs. Soundsjustlike.com makes a comparison and also references a “guitar riff from the Kinks.”

Perhaps “All Night” is not only a clever fo-dance song to inspire people with witty subtext to enjoy the party but a purposeful and skillful reworking of classic pop songs from the decades past. Are Trashcan Sinatras saying that they understand pop music well enough to cleverly blend memorable melodies in a way that evokes the immortal words of Pablo Picasso, “good artists borrow, great artists steal”?

Sure, why not. Check out Wild Pendulum and enjoy witty subtext.