W IS THE FIRST LETTER OF THE LOVERS LAST NAME 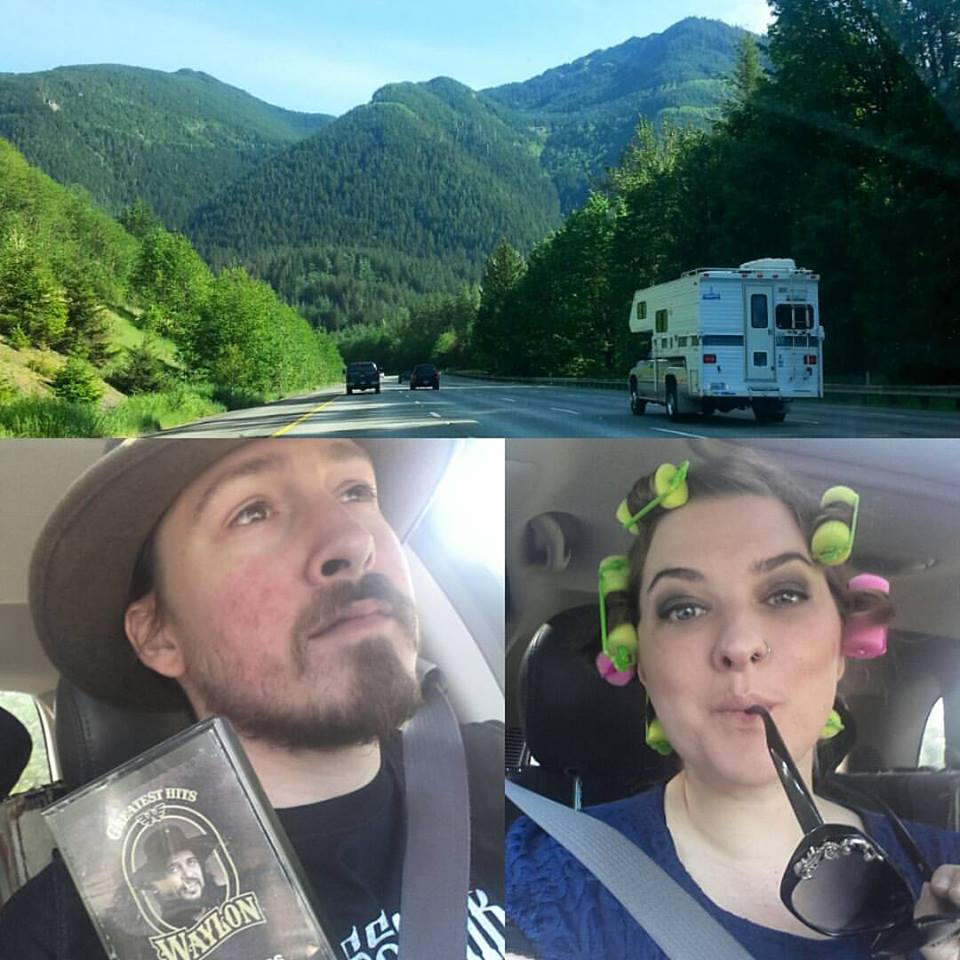 Although their self-titled debut album cover and promo pics tell a different story, Fleur and Wesley Wood love making music together. The long story is something like Wesley followed Fleur around on her US tour long enough to make her fall for him. One might call the Folk Pop Country that seeps from their relationship a combination of New Zealand and Seattle, Washington country music.

The first thing you will notice is the radio readyness of the first track. If it only had more electric guitars and the bombastic background noise without destination that most modern country pop has it would top the charts. It is not the worst song and you will notice Fleur has a great voice.

The next couple of songs are about “home,” and “Waylon Song” is a shout out to outlaw country singer songwriter Waylon Jennings, but track four and five take a turn for the worst. It becomes some sort of 90’s country alternative with the new hipster frog singing style that the female Mumford & Sons wannabes use.

The good news is track six is about sticking it to the man. It is also about not paying taxes, one of my favorite subjects. No one knows why songs about moonshine lean towards aggressive beats, but this is one of the faster ones. The music itself is rather boring, however.

At the halfway mark we finally hear an electric guitar come out front, unfortunately the song is about Wyoming. “Seesaw” is an uptempo track. The singing on this track is almost back to what it was before the car crash on track four. Luckily, track 8 features a more effortless singing style and the good country singing is back in full swing on “Ocean.”

“Old Town” sounds like an attempt at 60’s style folk alternative due to the long silences between phrases, but it is much slower overall. The final track, “Dreamhouse,” is a country romp with some unusually emotional chord progressions and eccentric voice effects.

The W Lovers are an alternative to alternative country folk pop because it sounds good. That is why it will be known as folk pop country. If you are in the Seattle area and have exhausted all opportunities to hear a group on your bucket list, The W Lovers will not be a bad choice.

BAD NEWS: IT IS GETTING HOT THE CHRIS BUSCHE BEARD